In line with 21st-century learning, are 21st- Century learning tools.  For this post I thought we'd explore the expanding genre of interactive multi-media visual dictionaries by looking at two very different options. The first by Merriam-Webster and QA International, the Visual Merriam-Webster; the second is Visuwords. The third is

According to Wikipedia - another 21st-Century tool (albeit developed in the late 20th century):


A visual dictionary is a dictionary that primarily uses pictures to illustrate the meaning of words. Visual dictionaries are often organized by themes, instead of being an alphabetical list of words. For each theme, an image is labeled with the correct word to identify each component of the item in question. Visual dictionaries can be monolingual or multilingual, providing the names of items in several languages. An index of all defined words is usually included to assist finding the correct illustration that defines the word.


Option 1: In 2007 Merriam-Webster (the dictionary and 'language reference publisher') and QA International (a developer and producer of visually innovative reference works) joined to develop and introduce the Visual Dictionary Online  (www.visualdictionaryonline.com).

In 2007 when it was first launched (according to Merriam-Webster):


"Visitors ... search ideas within organized subject fields to...more than 20,000 terms with full definitions... 6,000 stunning illustrations...15 major themes offer a variety of topics..Additional features include a Game of the Week, played by associating words with images, and audio pronunciations spoken by real voices. 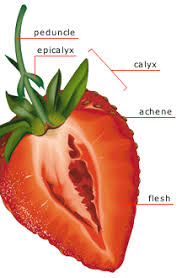 The way you use this dictionary is to click on one of the "themes"and then select the terms you're interested in.  This dictionary was, in my opinion, limiting because you couldn't just look up a specific word, you had to find it within one of their 'themes.' So, for example, when entering "welcome" and "grammar" no words or images appeared. Second, while this dictionary is visually driven (because you could only find a word by clicking on a "theme"  and then look at the words/terms available), it was not necessarily 'multi-media.  Second, while they say they have 17 themes, I only found 15 ("Astronomy; Earth; Plants&gardening; Animalkingdom, Humanbeing; Food&kitchen; House; Clothing&articles; Arts&architecture; Communications; Transport&machinery; Energy; Science; Society; and  Sports&games"). Finally, the fifteen/seventeen "themes"  were fairly general and limiting - even if there are over 6,00 images and 20,000 defined terms.

Option 2: Visuwords...also found under SnappyWords is another visual dictionary which is much more visually driven and interactive. In fact, I was wowed by its innovative 'feel'. While the Merriam-Webster visual dictionary feels much like a standard picture dictionary, this site is actually well worth a visit as "dictionary" and "thesaurus" truly take on new expanded dimensions and is visually and verbally interactive. I was mesmerized! It uses Princeton University's WordNet, which is an opensource database built by University students and language researchers.  It is available as a free resource on the web.

As you arrive at this website, a random word appears on the screen (until you enter a specific word of your choice).  That word is clearly written and  related words are visually linked (much like a neural mind map) illustrating how they are related to each other. Move the icon over each related word and a definition appears. A color-coded key appears on the side to help you visually learn:


"Look up words to find their meanings and associations with other words and concepts.... Enter words into the search box...double-click a node to expand the tree.  Click and drag the background to pan around and use the mouse wheel to zoom. Hover over nodes to see the definition and click and drag individual nodes to move them around to help clarify connections.

"...type a word into the search query at the top of the page and press 'Enter'. A network of nodes or 'synsets' (a single concept that is represented by a number of terms or synonyms) will spring out from the word that you entered... For example when you look up "seem", you see that the word is connected to four synsets each represented by a green circle. Green denotes verbs... Two of these synsets have the lone word "seem"; one has two terms: "appear" and "seem"; and the third has three terms: "look", "appear" and "seem". Each of the four synsets has its own definition. Hovering over a node with the mouse will reveal all of the synonyms for a given synset as well as its definition. Some synsets will also show a few examples of usage. These synsets link to each other and to other synsets according to entries in the WordNet database...You can grab any node and pull it away from the others to clarify connections." 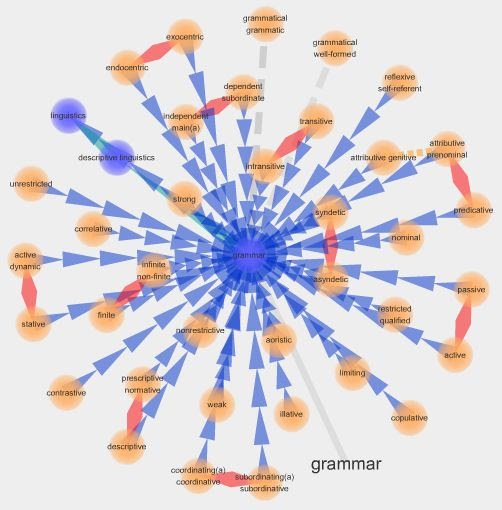 I could literally spend hours looking up words, not only to learn more about them but to look at the very different visual maps each produced.

Vidictionary : Is a new online video dictionary.  it defines and expresses words through images.  Click on the target word and a window opens up with a video describing the word and while it is (usually) read and has music to help describe it. Words can be accessed
Here's one example of a "featured" word..."invisible"

Finally, before closing here is one more related option...VOCABAHEAD:

Vocabahead promotes itself as a multi-sensory vocabulary trainer but can be used as a dictionary/thesaurus as well.  What's nice about VocabAhead is that it really is a multi-media means to study and build vocabulary.  You enter a word, it gives you a verbal definition, an audio recording 'reads' the definition, they use the word in a sentence, and an illustration reinforces the word's meaning. Another nice feature is that you can create your own vocabulary lists to study. There are graded word lists (grases 6-11) as well as a Master List and SAT list.   In my opinion, while this is not terribly interactive, the paired illustrations, definitions and audio components can help build memory and word associations.  Here is a YouTube introductory link (and note there are iphone apps for this as well):

So what do you think about 21st-century learning tools and the direction they're taking?  Please share your opinioins in the comments.
In the meantime, thank you for your visit.
The 21st-century is still relatively young and our visions of what it offers are young as well.  Don't forget to leave your reactions, suggestions and visions of what 21st-century tools might look like in the comments.
Posted by MERYL JAFFE, PhD - parent, psychologist, teacher, author... at 1:18 PM