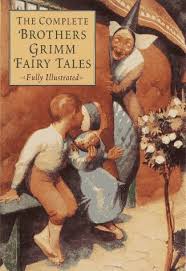 Fairy tales are master narratives based on folklore and legends of cultures and times long gone, and are often tweaked and watered-down versions of dark stories and historical events. Today's fairy tales have evolved from centuries-old stories that have often appeared in multiple cultures. Valerie Ogden in The True Stories Behind Classic Fairy Tales notes that,

"Their horrific origins, which often involve rape, incest, torture, cannibalism and other hideous occurrences, are brimming with sophisticated and brutal morality."


Definitions of what exactly fairy tales are, are as  diverse as the tales themselves.

On March 8, 1939 J.R.R.  gave a lecture titled "Fairy Stories" that was eventually adapted into his essay retitled, "On Fairy-Stories" (included in the appendix of Tales from the Perilous Realm) which explores the nature of fantasy and the cultural role of fairy tales. According to Tolkien, 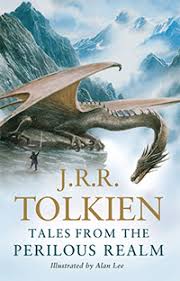 "A 'fairy-story' is one which touches on or uses Faerie, whatever its own main purpose may be: satire, adventure, morality, fantasy. Faerie itself may perhaps most nearly be translated by Magic - but it is magic of a peculiar mood and power...There is one
proviso: if there is any satire present in the tale, one thing must not be made fun of, the magic itself. That must in that story be taken seriously, neither laughed at nor explained away."

Regardless of their origin or definition, many, including Maurice Sendak, Neil Gaiman and J.R.R. Tolkien insist that fairy tales aren't inherently for children, although modern versions are often tweaked and relegated to them.

These tales (and others long lost) were told or enacted dramatically and handed down from generation to generation. Because of this, the history of their development is somewhat obscured. Scholars believe these tales have ancient roots, even older than the Arabian Nights collection (compiled circa 1500 AD). The first famous Western fairy tales, however, are believed to have been told by Aesop (6th century BCE) in ancient Greece. Most of our modern fairy tales come from two sources: Charles Perrault's Mother Goose tales and from The Grimm Brothers.

A French poet, Charles Perrault, believed by many to be the father of fairy tales, gave legitimacy to  eight well known tales (Sleeping Beauty, Little Red Riding Hood, Blue Beard, Puss in Boots, The Fairies, Cinderella, Ricky with the Tuft, and Little Tom Thumb) in his fairy stories for children, Contes de ma mère l’oye (1697; Tales of Mother Goose).  Perrault's tales, were intended for adults because no children's literature existed at that time.  Blue Beard, for example, reads like a crime thriller. His original Cinderella, based on a true story, contains violence as well as the wicked stepsisters butcher their feet when attempting to fit the slipper the Prince had found.

Jacob and Wilhelm Grimm attempted to preserve the plot and characters of the tales as well as the style in which they were told. In the early 1800's Jacob and Wilhelm Grimm collected the often unforgiving life and stories told by central Europeans.  They were determined to preserve the Germanic oral story telling that was vanishing and so traveled and collected the folklore of that region.

So here are some of the true stories behind some of our favorite fairy tales. For more, please see The True Stories Behind Classic Fairy Tales (by Valerie Ogden posted at huffingtonpost.com November 5, 2014) and The Weird Truths Behind Fairy Tales by K. Thor Jensen:


Snow White and the Seven Dwarfs is based on the tragic life of Margarete von Waldeck, a 16th century Bavarian noblewoman, who grew up in Bad Wildungen. Margarete's brother used small children to work his copper mine.
Truths behind the story:
Little Jack Horner matches events in the life of Bishop Richard Whiting of Glastonbury and his steward, who was perhaps named Jack Horner. When King Henry VIII broke away from the Catholic Church and dissolved its Monasteries, Glastonbury remained the sole religious home in Somerset. Whiting, bribed the King in an attempt to keep the abbey, offering him twelve Catholic manorial estates. He then hid the deeds to the estates in a pie crust. Bishop Whiting, however, was convicted of treason for serving Rome and a punishment was quartered and hung at Glastonbury Tor. His steward, absconded with the pie and the deed to the Manor of Mells where his descendants lived until the 20th century.

The Pied Piper of Hamelin truths:


Cinderella may have been based on the life of Rhodopis, a greek woman whose name means "rosy-cheeked." As a young girl she was captured in Thrace around 500 BCE. The remainder of the story may follow one of two paths:

Little Red Riding Hood was believed to have been first told in 14th century Europe. When Perrault rewrote this tale he was serving in the court of King Louis XIV whose bisexual brother Philippe would often dress as an older woman and attend female-only salons to seduce young women.

Hansel and Gretel - Katharina Schraderin was the inspiration for the witch in the story. Katharina was a baker in the 1600's how developed a delicious gingerbread cookie. A rival (male) baker became jealous of her success. To secure his own success, he rounded up a posse to attack her in her home and burn her to death in her own oven.

Rapunzel - is the story of Saint Barbara and dates back to the third century. A wealthy merchant living in what is now Turkey had a beautiful daughter named Barbara whom he sequestered from suitors.  When he traveled, he locked her in a tower. While it is uncertain if she grew long hair, she did turn to Christianity, which went against the pagan Rome. Upon his return, her father was ordered to behead her, which he did, but was then struck and killed by lightening.

So much for the gruesome origins.
For a lighter side, please visit Fractured Fairy Tales: Fun for All Ages
In the meantime, please leave you own reflections and fairy tale favorites in the comments below.
As always, thank you for stopping by.
Posted by MERYL JAFFE, PhD - parent, psychologist, teacher, author... at 5:57 AM