Do you use emoji?  Do you even know what they are? Not to worry, here's what you need to know.

e·mo·ji ēˈmōjē/ noun - an emoji is a small digital image or icon used to express an idea, emotion, etc., in electronic communication.

A BRIEF HISTORY: The "birth" of emoji is credited to Shigetaka Kurita, an employee at the Japanese telecom company NTT Docomo. In the late 1990s, the company was looking for a way to distinguish its pager service in a very tight market. Kurita hit on the idea of adding simplistic cartoon images to its messaging functions as a way to appeal to teens.

HOW THEY'RE USED: Emoji are used to illustrate, and/or replace words we send each other digitally, (in text messages, emails, or tweets). While originally developed for the Japanese market, they're now available on smartphones and more. According to Adam Sternberg ("Smile, You're Speaking Emoji") emoji are now used more frequently on Twitter than are hyphens or the numeral 5.

In 2013, in response to the question “Do you use stickers or emoji in message apps?” 74% of people in the U.S. and 82% in China responded that they have. (Stickers are a kind of faux emoji—things like ­Seinfeld Emoji or the ­“Peanuts” characters you find on Facebook—that you can send using certain apps but that aren’t baked into Unicode.)

Emoji are used to represent emotions; people; locations; events; sounds; touch; foods; entertainment; poop; and at this point just about anything that can be simply represented by an understandable icon.

Most people start their emjoi messaging with emoticon emoji - emoji representing their feelings/emotions.  Here are a few examples:


BUT these are the simpler ones and just the tip of the ice burg.

Here are some "People" options:

Here's a selection of emoji: 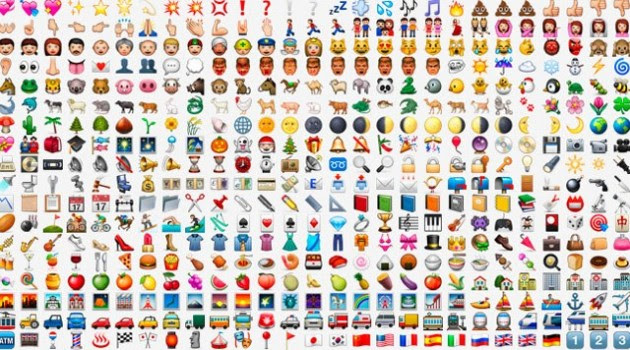 The website Emojinalysis will track your recent emoji use to analyze your emotional well-being.

As always, thanks for the visit.
While I still need to download my emoji - I'll stick with text.
Please leave your own emoji or text reactions in the comments below.
Posted by MERYL JAFFE, PhD - parent, psychologist, teacher, author... at 3:48 PM