Graphic Novels at Home and In School: A Dialogue

I spent this past weekend at the New York City ComicCon (comic convention) circulating with Jane Yolen, Joe Kelly, Magneto, Thor, Wonder Woman, and many others I didn't recognize.  It is a world which I initially entered tepidly, but am now curiously approaching (nay I say embracing?).

As a parent, I was apprehensive my kids would abandon classic literature and I was apprehensive about violence.  I was concerned every next word out of their mouths would require parental censoring. But, my kids express themselves beautifully and appropriately and my comic-reading kids read - everything - avidly.  My daughter majored in classic literature in college; my son  after consuming Phillip Pullman's His Dark Materials (a Young Adult novel) read Dante's Inferno because  he read that Pullman's story was based on Dante's work.  As a parent and avid reader, I realize now that one format influences, supports, and enhances the other.  As an educator and psychologist I am realizing that aside from enticing reluctant readers, graphic novels can and should be used at home and in the classroom - in terms of content, format, and skills they tap and reinforce.  The catch - finding appropriate material (which is getting easier and easier).

Overview:  Graphic novels have changed dramatically and are a force to be reckoned with.  In a world of visual images (on billboards, phone apps, television - just about everywhere), graphic novels are becoming enticing educational tools that can help our kids learn, read, critically evaluate and communicate - on many levels. 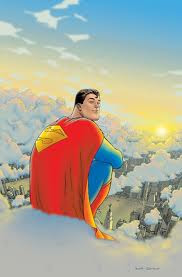 The challenge:  finding comics, manga, and graphic novels appropriate for your kids.  This too is becoming much easier thanks to many fine publishers and careful reading and reporting by  The School Library Journal www.schoollibraryjournal.com which is an excellent resource in finding just the right comics for your child.

History:  As a kid I grew up with Archie and Veronica, Batman and Robin and a few others, and never fully embraced the world of comics.  In all honesty there wasn't much to embrace.  Born in the 1950's, I was and am a product of my time.  Comic art and graphics was in its infancy.  The comics I read told short stories  of limited plot and character depth, and politics was rearing its ugly neck in censorship.

In 1954 Frederick Wertheim, in his "Seduction of the Innocent" argued that the then-popular comics such as Dick Tracy, Flash Gordon, Superman and the then newly devloping "Tales from the Crypt" and The Vault of Horror" directly impacted on youth and led to violent delinquency.  Wertheimer's publication led to a subcommittee investigation which forced comic book producers to draw up a self-imposed "Comic Code Authority" restricting sex, violence, curse words and criticism of religion.  Many distributors refused to sell comic books, many comic book companies disappeared, DC Comics became a shadow of its former self and Marvel Comics (then called Atlas Comics) was almost forced to fold.

Today:  Comic books and graphic novels are an alternate format for story telling that come in many different genres.  There are still many challenges to Graphic Novels today, but they've come a long way. Graphic novels are now typically printed in serial format.  As a result there is tremendous character depth.  The plots are intricate and the messages quite powerful as they incorporate visual and printed mediums in numerous genres:

What Can Graphic Novels Offer Your Kids?  The list below is introductory and only touches the tip of the iceberg.  I plan to develop and explore graphic novels in greater detail in future blog posts - detailing and expanding their educational value and providing appropriate reading lists for your kids. In short, graphic novels:
Graphic Novels for Kids:  This weekend I was pleasantly surprised at the wealth of appropriate graphic novels for kids - even young kids.  First Second, Boom, Udon, Lerner, Scholastic, Abrams, Kids Can Press, Top Shelf, and Toon Books are just a few publishers with quality lines for kids.  Check them out on your own, and come visit them on future blog posts here, and please let me know what you think and find.
Posted by MERYL JAFFE, PhD - parent, psychologist, teacher, author... at 8:01 AM