Slam Poetry are poems meant to be spoken and performed aloud for a live audience, often (but not exclusively) in a competitive environment.  It is a verbal-visual-vocal retelling involving words, facial expressions, movement, voice volume adjustments and visual body cues.

One of my favorite slam poets is Taylor Mali (which I've posted previously. Here are some of my favorites: (What Teachers Make, Tony Steinberg: Brave Seventh-Grade Viking Warrior, and Totally Like Whatever, You Know?

But here is another SLAM I found by teen slammer Kate Tempest and Shakespeare's influence on her, her culture, our lives, our culture - this is a poem that should be shown before anyone teaches the Bards' works (and there's another Kate poem later to savor as well):


SLAM is new, vibrant and 'of this generation' yet...many say Homer's Iliad (the cornerstone of Western literature and one of the best classic stories ever - over the 27 centuries it's been performed) is the epitome of slam:


Slam's origins are generally credited to Marc Smith, a construction worker / poet, who in 1984/5 started a poetry reading series in a Chicago jazz club where the emphasis was on performance. In 1986 Smith approached Dave Jemilo, owner of the Green Mill (another Chicago jazz club - noted as a former haunt of Al Capone) where they host a weekly poetry cabaret.

Thus "SLAM" was born. It is now an international phenomenon in clubs as well as in schools. Inner city urban schools in particular are incorporating SLAM into their curricula to motivate and reinforce kids' literacy skills.

It is ironically fitting that "Poets and Profs: Looking at the “Iliad” and Iliad Out Loud" is now coming out of The University of Chicago.  The article, written by Lydialyle Gibson in the Chicago Magazine (Sept/Oct/2012), relates the work done by Mark Eleveld and Ron Maruszak in a joint Master's thesis (that resulted in a documentary) positing how Homer's ancient epic The Iliad presaged slam.

According to Lydialyle Gibson, Mark Eleveld and Ron Maruszak realized that:

Homer, the blind bard, ancient Greece’s greatest poet, whose epics on the Trojan War and its aftermath founded the Western canon and influenced 3,000 years of literature, was, basically, a slam poet.

What else to call a man—a showman and writer—who made his living turning poetry into entertainment, who traveled from town to town performing memorized verses before crowds of listeners? “

The article discusses Eleveld and Maruszak's documentary, Poets and Profs: Looking at the “Iliad”: 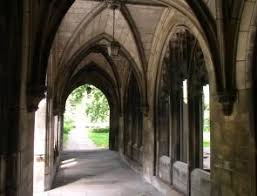 Here is some background to their project:

In 1991, as an undergraduate at Lewis University in Romeoville, Illinois, Eleveld took a class from Marc Smith, of Chicago’s Green Mill nightclub.... “The misconception is that these guys get up there and read some crap off a napkin, or that they go off into these profanity tirades,” says Eleveld. “But that’s not it. That’s not the good stuff.”

Eleveld and Maruszak's Poets and Profs combines performances from the Iliad with ruminations on the poem’s vast thematic terrain. 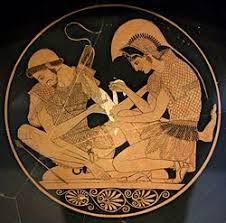 Early in the film, Sinaiko rhapsodizes on Homer’s ability to construct “a whole epic about the shape of a single emotional experience”—Achilles’s rage—within a narrative that also encompasses war, death, love, loss, friendship, immortality, and “on and on and on.”  Homer, Sinaiko says, “managed to fold into the structure of the Iliad the whole of human life, focused around or as elements in this anger.”

Eleveld and Maruszak ultimately hope to see Poets and Profs  used in classrooms. In the meantime, they’re considering plans for a sequel, about the Great Gatsby, or maybe the Grapes of Wrath. “Or,” says Eleveld, “the Odyssey, obviously.”

Here (again) is  the trailer for Poets and Profs: Looking at the Iliad.  It is SO WORTH YOUR TIME - it's inspiring as we see students, academics and professional slammers relate Homer's genius, the power of performed poetry, the power and relevance of the Iliad today, and the horrors of war regardless of time or technology:


I leave you with LINKS to  make slam poetry and Homer's Iliad a part of your home/classroom:
I realize I talk about slam and give some links, but decided to give you a treat by teen slammer Kate Tempest.  Below are more slam /poetry links:


And if you want another treat:

Thank you for your visit.   Please leave your reactions, slam experiences and/or teaching suggestions in the comments and have a great Thanksgiving holiday.
Posted by MERYL JAFFE, PhD - parent, psychologist, teacher, author... at 4:32 PM